Please join us for a post-show reception with the cast and crew following the opening night performance on Thursday, March 22.

Lyrics and Music by Michael John LaChiusa
Based on the play The House of Bernarda Alba by Federico García Lorca
Directed by Julia Listengarten • Choreography by Earl D. Weaver

A perfect show for a strong female cast, Bernarda Alba is a masterwork by Michael John LaChiusa, who has brought us such critically acclaimed hits as The Wild Party and Marie Christine. LaChiusa brings a musical voice to Federico García Lorca's final, 1936 masterpiece, The House of Bernarda Alba, through pulsing castanets, trilling Spanish guitars and resounding rhythmic stomps.

Bernarda Alba tells the tale of a powerful matriarch, who imposes a strict rule on her household following her second husband's funeral: "Not a breath of outside air is going to enter this house. It's going to feel like we've bricked up the doors and windows," she proclaims. Bernarda's five daughters, however, struggle with her cold wishes. The girls' dreams and desires challenge their mother's harsh rules and the outside world begins to slowly permeate their isolated existence. 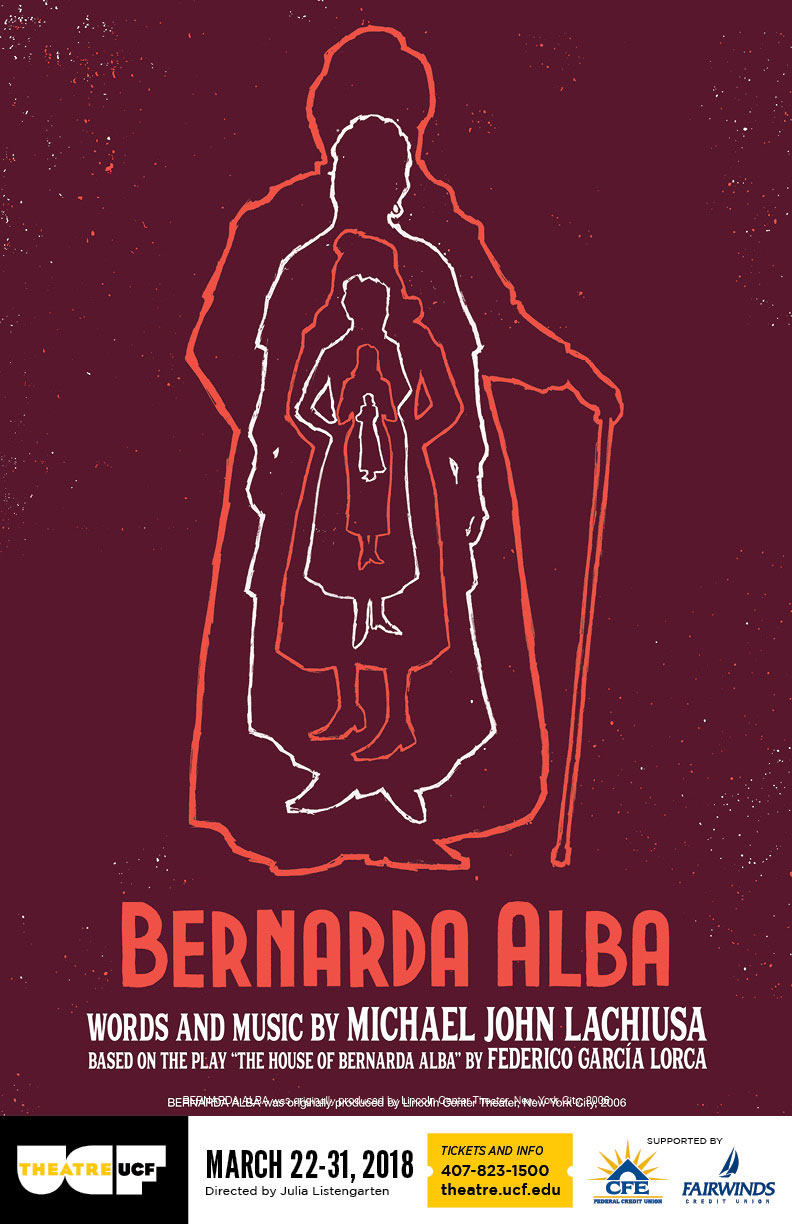