Please join us for a post-show reception with the cast and crew following the opening night performance on Thursday, February 22.

There will be a post-show talkback open to the public immediately following the performance on Saturday, March 3.

Theresa Bedell is a successful reporter in New York who loves her work and the life she has made for herself. A relationship with a man would complete the picture and so she agrees to go on a blind date with a friend of a friend. Tony is attractive and funny, but Theresa isn’t sure, and after a second date she’s convinced they have nothing in common and sees no point in continuing the relationship. Tony, though, thinks otherwise. What at first seems like persistence on his part grows into obsession, and Theresa's annoyance with Tony turns to terror as he begins to threaten her and those around her. Ultimately, Theresa must fight to save herself from being erased by Tony’s actions—actions which call into question the assumptions at the very heart of romantic pursuit.

“A disturbing chiller … the play works powerfully at its most basic level as a suspenseful tale about the unraveling of a strong woman’s sense of security in the urban jungle.” –Variety

"Not in Our House" Workshop with Laura T. Fisher 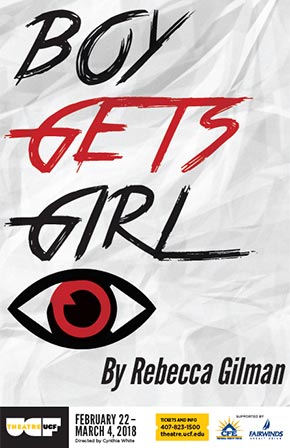