Please join us for a post-show reception with the cast and crew following the opening night performance on Thursday, January 25.

Please join us for a post-show talkback on Saturday, January 27 at 10 p.m. with Christopher Niess (UCF faculty and director of Pentecost) and Margaret Zaho (UCF faculty specializing in Italian Renaissance Fresco Cycles).

This powerful play by the Tony Award winning adaptor of Nicholas Nickleby and author of numerous plays won the Evening Standard Award for Best Play of 1995.

A fresco that could revolutionize Western Art is unearthed in an abandoned church in Eastern Europe. The discovery causes a dramatic struggle as representatives from the worlds of art history, religion, and politics stake their claims for the ultimate prize. The unexpected arrival of twelve refugees sets events spiraling toward an explosive climax. 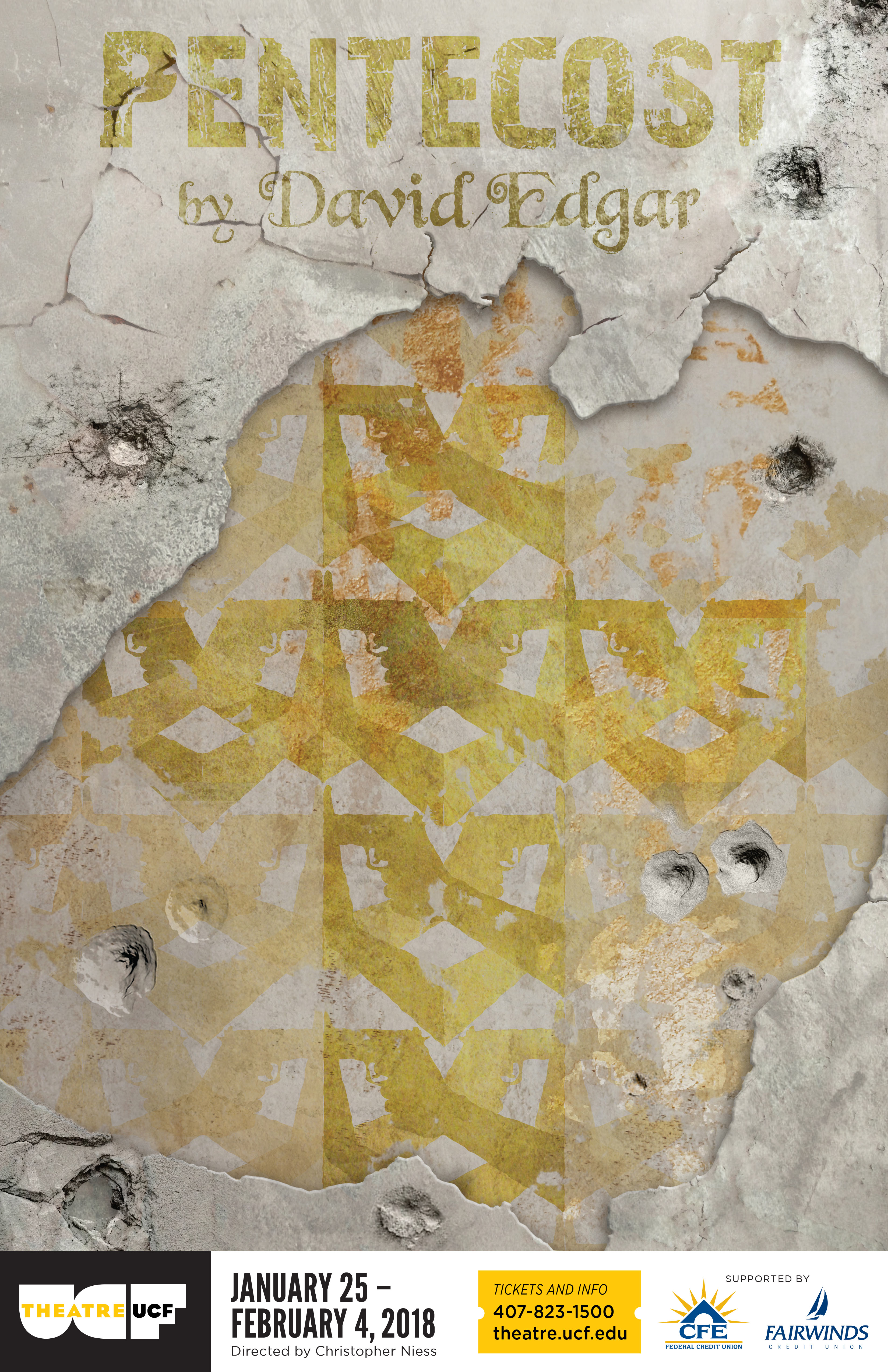