Of Thee I Sing

Please join us for a post-show reception with the cast and crew following the opening night performance on Thursday, October 12.

The first musical to win the Pulitzer Prize.

This all-American political satire focuses on the election campaign and Presidency of John P. Wintergreen, whose party, lacking a viable platform, runs on love, promising that if elected he will marry the partner chosen for him at an Atlantic City beauty pageant. When he falls for the wrong woman, trouble begins! With politicians skewered right and left, Of Thee I Sing is an hilarious and timeless send-up of national institutions that is as relevant now as ever.

Of Thee I Sing is presented by special arrangement with SAMUEL FRENCH, INC. 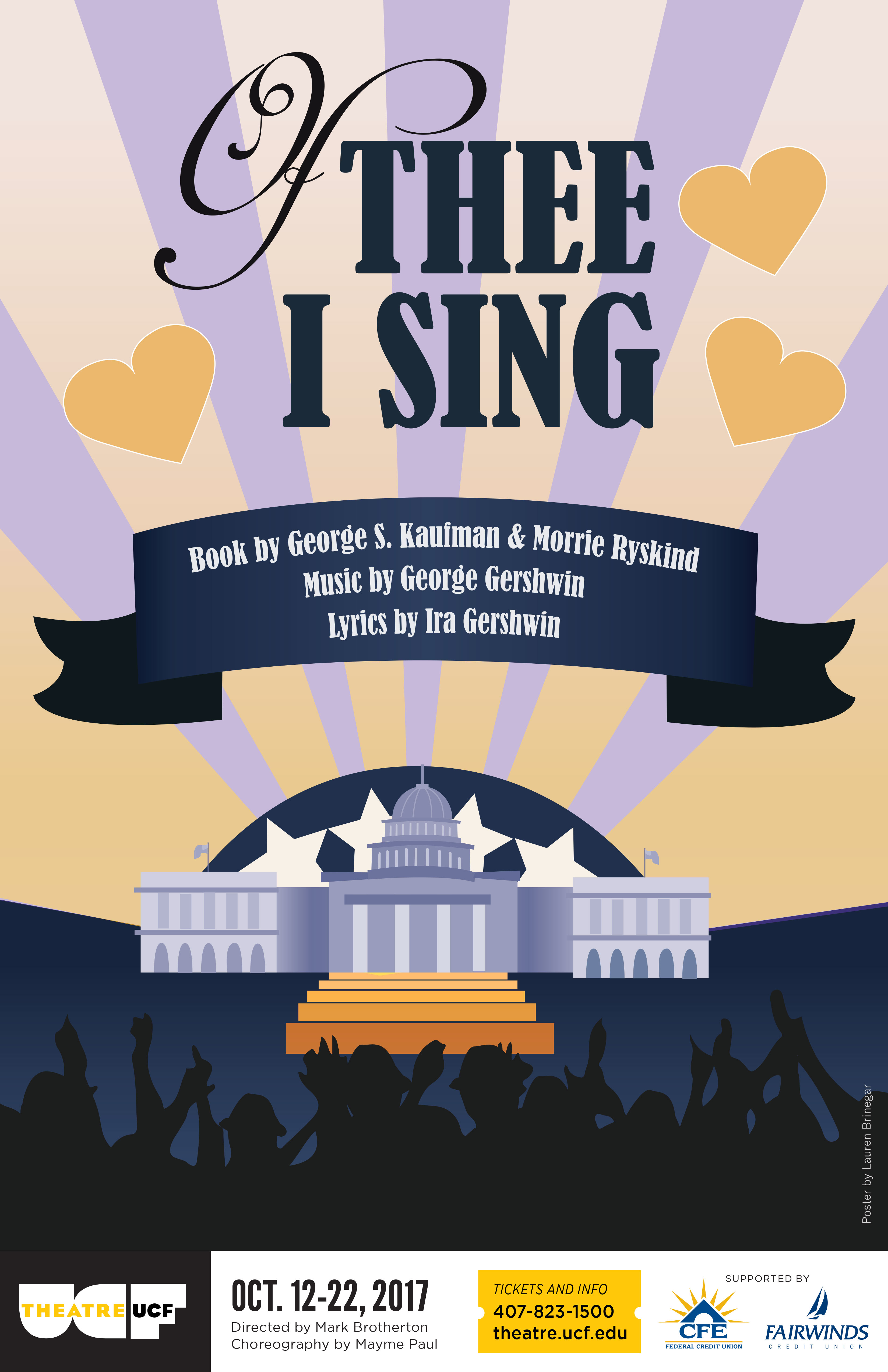