Please join us for a reception with the cast and crew in the lower lobby immediately our opening night performance.

Book by Joe Masteroff
Music by Jerry Bock, Lyrics by Sheldon Harnick
Based on a play by Miklos Laszlo
Directed by Earl D. Weaver

Two feuding perfume clerks have no idea they are in love

In a 1930s perfumery, rivals Amalia and Georg respond to a “lonely hearts” ad in the newspaper, in hopes of finding their soulmates.

She Loves Me is presented through special arrangement with Music Theatre International (MTI).
All authorized performance materials are also supplied by MTI. 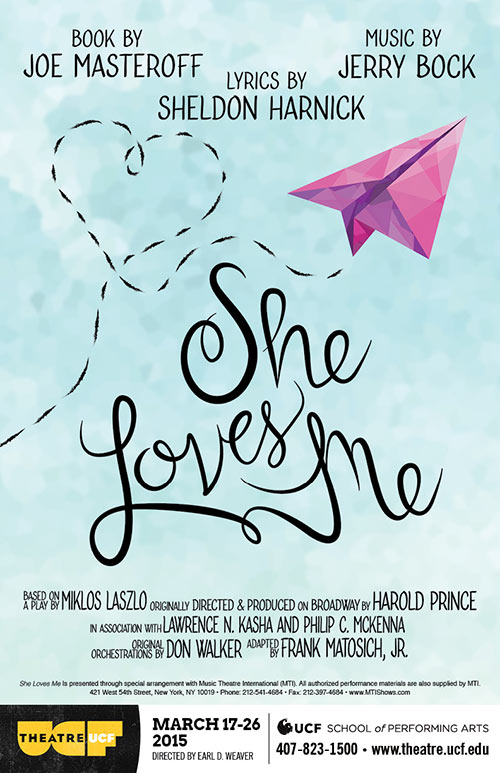