Spunk and the Harlem Literati

Please join us for a reception with the cast and crew in the lower lobby immediately following our opening night performance.

An adaptation by Be Boyd, based on the play Spunk by Zora Neale Hurston
Directed by Be Boyd

A collaboration with the Association to Preserve the Eatonville Community, presenter of the ZORA! Festival 2016 program

Treasured local author Zora Neale Hurston (Their Eyes Were Watching God) weaves together song and story in a dramatic retelling of her award-winning short story of the same name.

There will be one fifteen-minute intermission. This production contains gunshots. 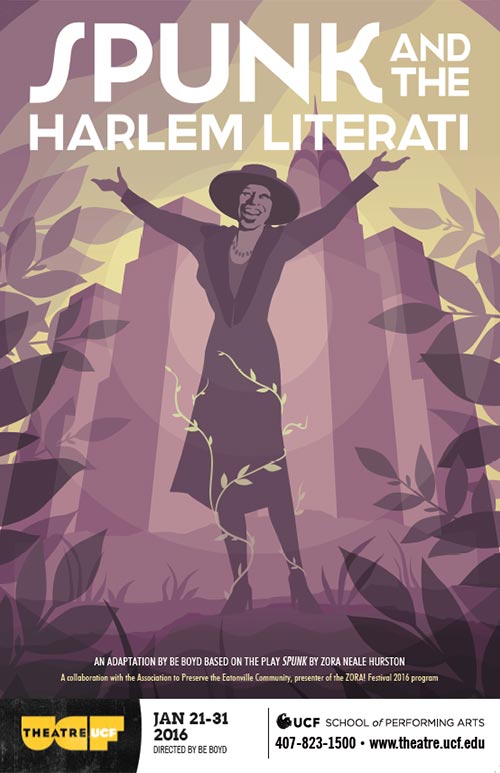