Please join us for a reception with the cast and crew in the lower lobby immediately our opening night performance.

A witty philosophical debate disguised as a romantic comedy

Considered to be one of Shaw’s comedic masterpieces, Man and Superman involves the simple premise of a man determined not to marry his ward, who is equally determined to land him.

“The intellectual parrying is great entertainment.” —The Austin Chronicle 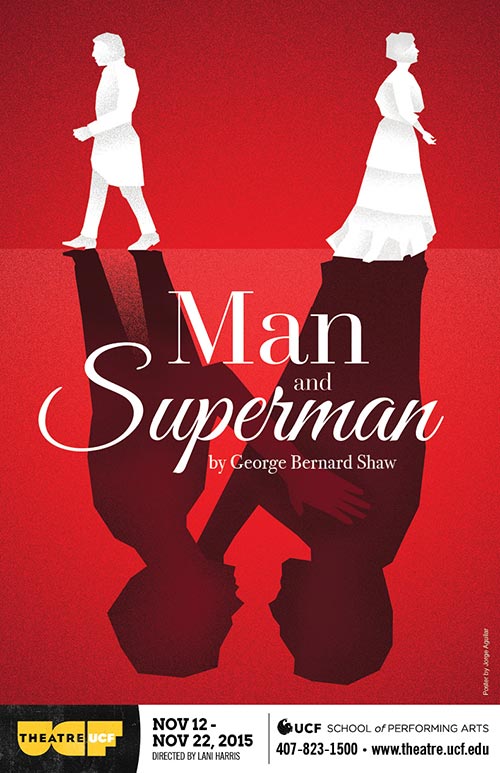