1809, on an elegant English estate, thirteen year-old Thomasina makes a startling scientific discovery that will change the way people understand the world. Around her, the adults, including her tutor Septimus, are preoccupied with secret desires, illicit passions, and intense rivalries. Two hundred years later, academic adversaries Hannah and Bernard, under the scrutinizing eye of a young mathematician, are piecing together puzzling clues, uncovering the past scandals of the estate, in their quest for an increasingly elusive truth.

“Stoppard’s richest, most ravishing comedy to date, a play of wit, intellect, language, brio and...emotion. It’s like a dream of levitation: you’re instantaneously aloft, soaring, banking, doing loop the loops... The playwright is a daredevil pilot who’s steady at the controls.” - The New York Times

“Full of complex ideas and pleasures one expects from this master of dramatic composition.” - Time Out New York

We’ve created some reading materials to provide some context to Arcadia. The notes are formatted for easy printing, so please, download and read them. The biographies, historical information, and glossary will enhance your enjoyment of the play. 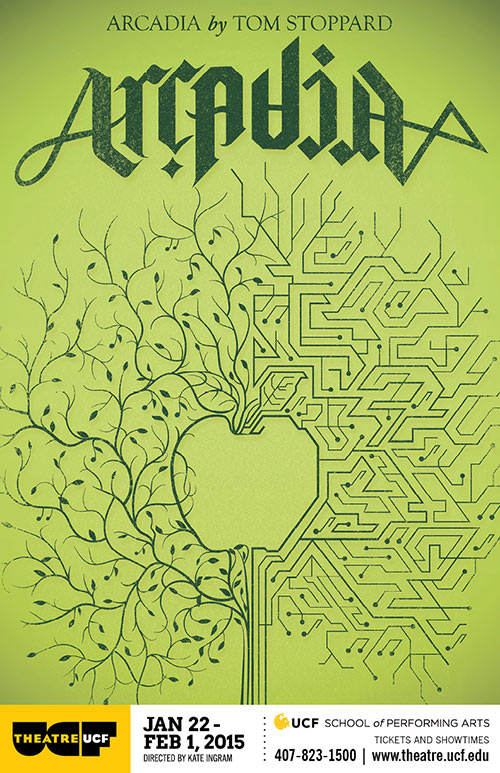