Kiss of the Spider Woman

Cell mates in a Latin American prison, Valentin is a tough revolutionary undergoing torture, and Molina is an unabashed homosexual serving eight years for deviant behavior. Molina shares his fantasies about an actress who portrays a deadly Spider Woman who kills with a kiss in order to distract himself and his new friend from the horrors they encounter in the prison.

Kiss of the Spider Woman won the Tony Awards for Best Musical, Best Book, and Best Score when it debuted on Broadway.

“Creates an entire world out of a prison cell.... Dazzling.”- Newsweek

“Capture[s] the magic musicals were meant for.”- Wall Street Journal 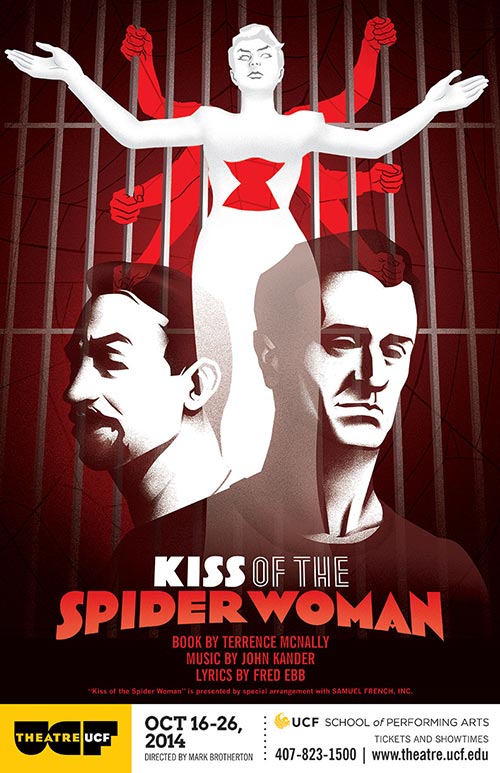