With Baltimore Waltz, playwright Paula Vogel pens a love note to her brother who recently passed away from AIDS-related complications. Anna and her brother embark upon a fantastical trip to Europe in order to flee the diagnosis of Acquired Toilet Disease, a fatal disease contracted by the sister from a school bathroom. Will they find an escape before reality sets in?

We are in the process of making improvements to our Black Box theater. If you attended The Foreigner this summer, you will have noticed that we got new seats as part of the renovations. However, those seats require us to build new risers in order to meet the fire codes, and the new risers will not be ready in time for Baltimore Waltz. Seating for this production will all be level with the stage.

We recognize that this is not optimal viewing for the play and apologize for any inconveniences.

Please contact the box office if you have any questions or concerns about your seats. Because of this last-minute change, we will be offering free exchanges for any tickets already purchased for Baltimore Waltz. 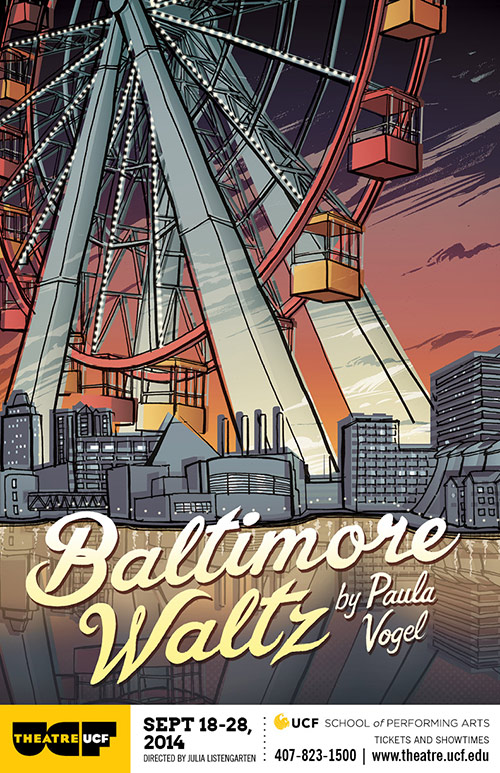